Sometimes when I begin a painting I feel the need to get to know my subject better. I’m not talking about the person posing but what I have before me, the way to translate it into paint.

I could see there was a face, hands and pattern in this image, any or all of which I might struggle with in the painting unless I really knew what I was looking at. There’s no better way to do this than with a sketch pad.

Only by drawing the lines could I realize all the nuances of each of these areas. I probably would have figured this out in the painting eventually, but by the time this happened, overworking and general frustration would be the probable result.

I discovered that the face is tilting upwards, meaning the bottom of the chin and nose would be seen as well as the top of the head not being as full as you’d think it should be because of the angle. I also discovered the pattern on the skirt was rounder in the areas facing me and got flatter and longer as it wrapped around her body. 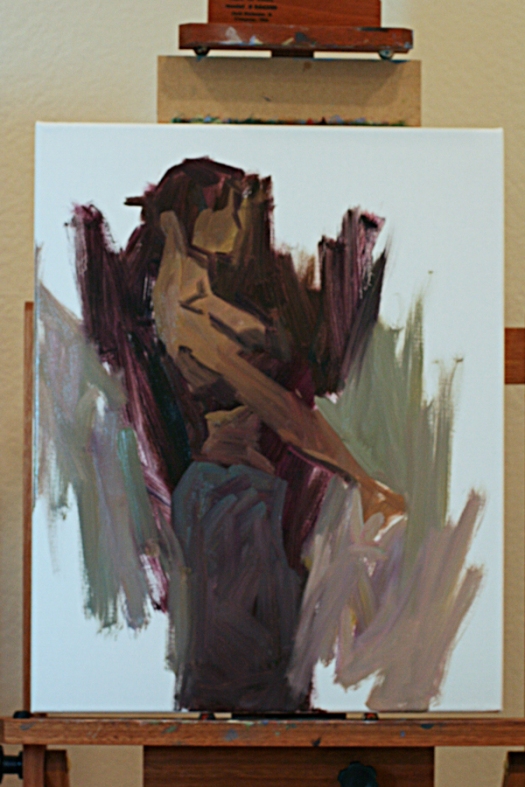 Lately I’ve been starting my paintings with no drawing, using more of a blocking in of the masses. This gives me more freedom to express what I’m feeling about the subject. 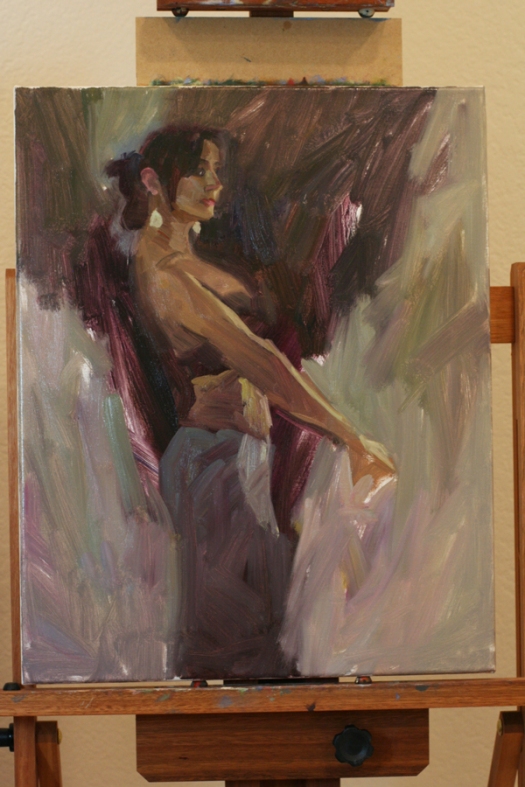 The beginning of the second day, it seemed best to save the pattern on the skirt for when my mind was fresh. I used to dread patterns in a painting, but now it’s almost a zen experience just getting lost in the shapes, forgetting about what the “thing” is and just building one shape next to another. Layering up the complexity until the level I’m looking for is reached.

3 Replies to “Getting to Know my Subject” 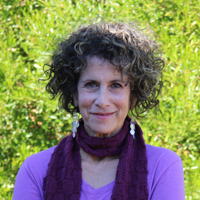