Have you ever had a subject you went back to time and time again, but just couldn’t figure out what to do with it? 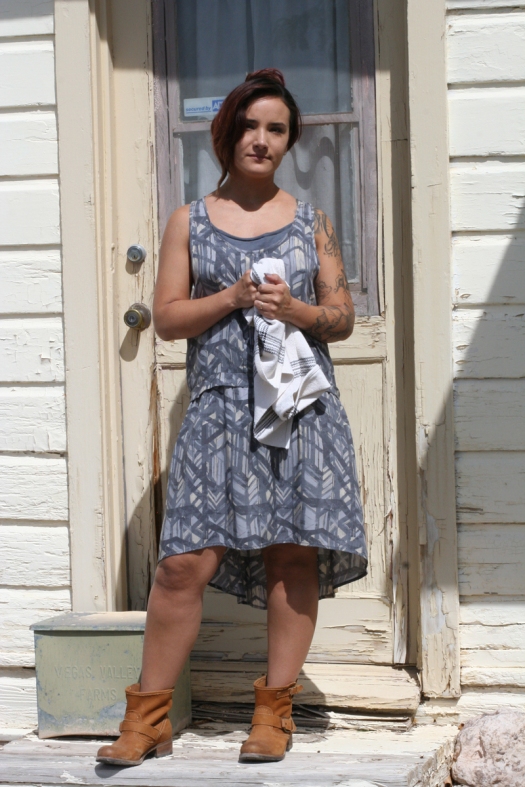 This image from a photo shoot several years ago kept surfacing. I loved the scene, although it was not dynamic enough to warrant a painting . . . until…..I approached it like a writer telling a story.

Where did this girl live, what was her day like up until this point, what would she be doing in a hour? Only after I “fleshed her out” did I start to understand what this could become.

After extrapolating this scenario it was time to rein it in, to its’ most basic core, two words that summed it up. “Dreamer” and “Earthy”. How could I, using this reference, translate these two thoughts into paint?

“Dreamer”, exaggerate her expression and stance

Now I had something to work with! Since there were not many browns and oranges in the scene, putting a Burnt Sienna wash over the entire surface, than letting it show through as texture would be my approach.

At this point I checked back with my original plan…whoa, no violet in the interpretation I wanted, so I had the choice of pushing this area toward brown, orange or green, I chose a grey green. Sometimes being really rigid and sticking to an idea helps guide the painting toward more harmony, this was one of those cases. 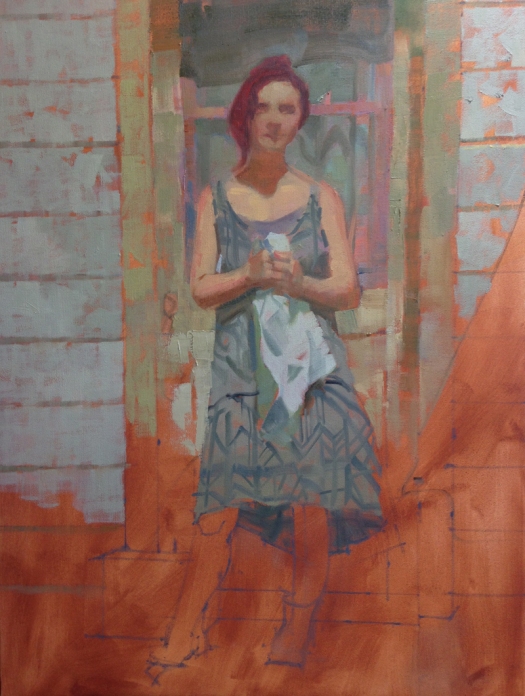 Moving along, this was the point to refine her stance and expression.

I was happy with the outcome of using words to drive my paint application.